The need for sun cream was far from everybody’s mind during the third Leicestershire Running and Athletics Network summer running camp held at New College; however, the unseasonal weather didn’t stop the two days of running, running games, running drills and a great deal of fun being a huge success.

The group of 35 runners ranging from age 8 to 13 were admirably looked after by network coach John Skevington and assisted on day one by Will Goodbourn; a young up-and-coming coach being supported by the network through his qualifications to become a fully licensed coach. Will took the lead throughout the second day, under John’s supervision, and everyone declared him a great success. The days were also ably supported by a variety of athletes who had attended in previous years and enjoyed it so much that they wanted to continue their involvement in the event.

Everyone looked resplendent in the branded T-shirt individually printed with their name; something that made each of the young athletes feel especially important!

Highlights of the two days were definitely John Skevington’s famous games “Spring the pack”, “the 1-5 game” and “rats and rabbits” which were repeatedly requested throughout both days!

The summer camp has now become a firm fixture in the network calendar as part of its programme to develop young athletes in a fun atmosphere and will be on doubt be back again next year, hopefully in more seasonal weather!

Network coordinator and coach John Skevington explained “the days that the network host are an important part of our development of young runners, many whom will inevitably become club runners and will be competing on the track and over cross-country in just a few short years. Combine this with our initiative to progress our up-and-coming athletes through primary school to secondary competition and we believe we have created a true pathway from having fun with running to proper competition in later years” He also went on to add “the other real positives are that we were able to recruit the services of an apprentice coach to help him experience working with a large group of young people and also to be able to call on willing helpers in their teenage years who were already keen to give something back to the sport”

Another bumper turnout amid the showers. Results v4

As a follow up to the session on Youth Endurance with Jenny Harris, held in December 2015, England Athletics have produced a FAQ document. The views of the Network are included in the document as comments. A key message is that although Run Leaders can include runners from the age of 12 in their groups, they should not seek to coach them for performance.

UKA have released some FAQs to clarify aspects of the rule changes that were introduced in April. One that will interest many is that they say that bone conduction-type headphones are exempt from the ban on headphones operating in races run on roads open to traffic.

Like running? Look at this great opportunity to improve your skills: 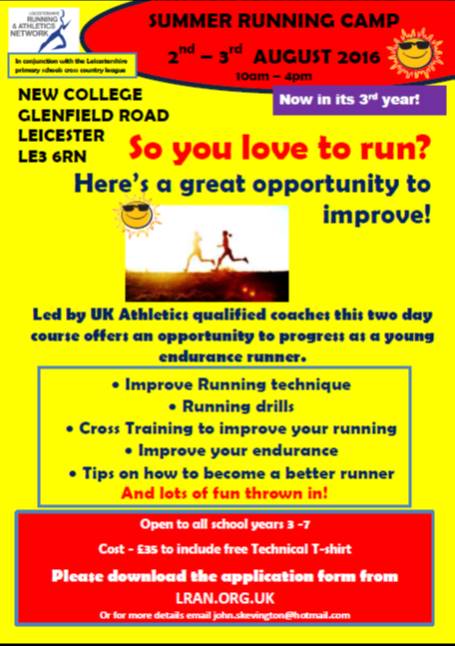 Apologies  about the late notice regarding the cancellation of the second Quadkids match, however for safety reasons with lightning hitting the stadium along with a flooded track and impossible to rake long jump pits, and also on the strong advice of Saffron Lane staff it was the only decision available. I will be looking at trying to find a suitable date to reschedule to. 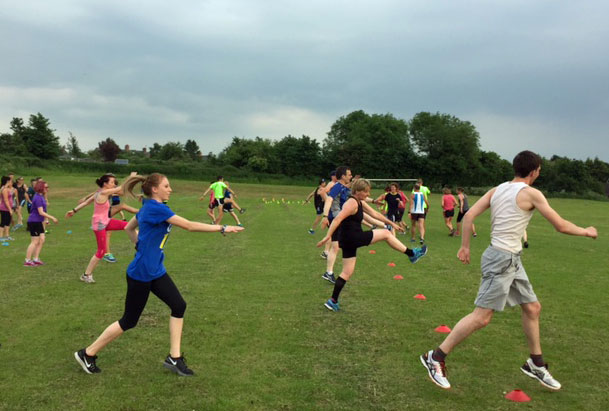 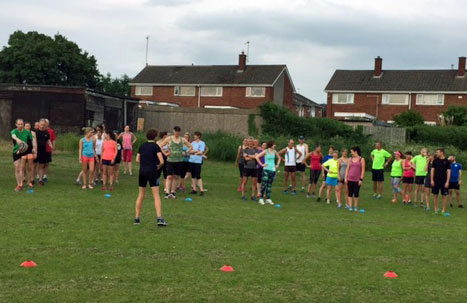 Version 2 of results for the Swithland 6, courtesy of Birstall Running Club. All queries to them, please.

Want to add power to your running? In his latest article, Network Coordinator and UKA Level 3 Performance Coach, John Skevington, explains how speed and power need to be added to our staple diet of endurance to develop us as athletes; Power Development.

If reading this has got you thinking, you can find more articles and presentations on the Coaches Club page.

We were treated to a brand new race on Sunday; the Gaddesby 7. Thanks to Team Anstey for a challenging and scenic course and all of their enthusiasm. Final results. Any queries or corrections, please contact: gaddesby7@hotmail.com